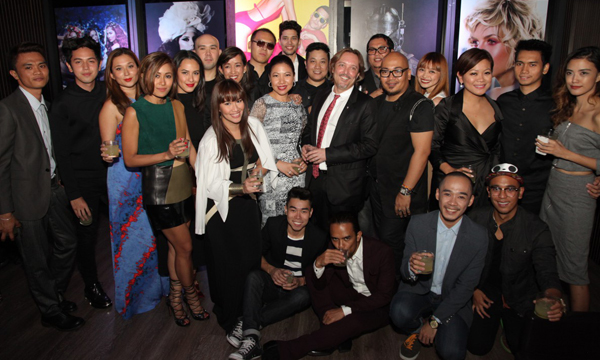 We recently met with legendary talent agent Jed Root (kingmaker behind some of the most iconic photographers, stylists and makeup artists of our time). He was in Hong Kong on his way to Manila where he was about to open an outpost, At East Jed Root. With raised eyebrows, the first question on everyone’s minds was: “Why Manila?”

Aside from making a case about the Philippines’ strategic location as a Southeast Asian hub (joining his network of offices in New York, London, Paris, LA and Japan), Jed was bullish about its creative talent pool. But while supply is one thing, demand is another. And to that, he was equally bullish.

He may be on to something.

It’s known that Asian-based brands often blow their campaign budgets on international photographers and creative talents while cutting corners on their local counterparts. It’s a long held view (perhaps a by-product of colonial mentality?) that Western talents bring a level of prestige, superiority, and a more international perspective. Asian talents, meanwhile, are regarded as a cheaper choice.

But the tide is turning, forcing many to reconsider the “West is best” adage. Jed says he’s seeing positive signs of change. Brands are now hiring Asian talents not because it’s an economic alternative, but because it’s a brand imperative.

Thailand is recognised for its distinct creative style, reflected in many international award-winning campaigns. Hands down, Japan is a global creative capital and talent from there are regarded as some of the best in their disciplines. All eyes are on China as it attempts to evolve from a nation of manufacturers to brand makers and the limitless potential this presents for its next generation of designers and artists. And now, the Philippines’ creative métier is about to get its due.

Finally, the sun is rising and setting in the East.