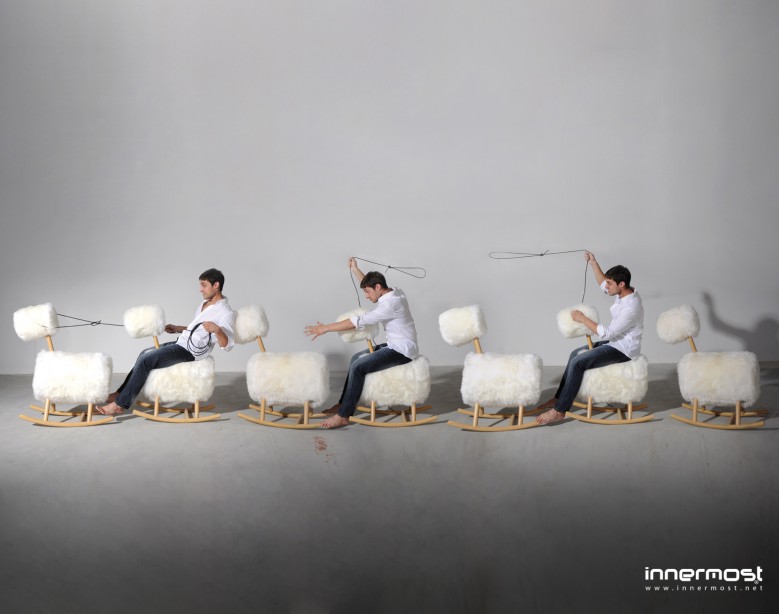 This week, the design world met Milan for the annual furniture show (in its 50th year) andSteve Jones, co-founder of Innermost, the cool design house based in London and Hong Kong, will be one of them.
We caught up with Steve on the eve of his show in Tortona:

Name 5 people who will have the greatest influence on design in the next 5 years?

2. Yoshihiko Noda, the Japanese finance minister — his policies for rebuilding will inevitably force new research for architecture and urban planning).

3. Shigeru Ban for the same reason. As a result of March 11 it’s likely that in 25 years’ time his legacy will be to have more of his design/ thinking/ style shaping a single nation than any architect has had for hundreds of years.

4. Thomas Heatherwick – In my view the designer who most consistently produces ground breaking ideas that rarely repeat a style or direction.

5. The talent of China and India together mean that in 5 years’ time , the names in 1-4 will have been given a serious run for their money.

1. One of those Native Union Moshi Moshi Bluetooth handsets for my iPhone.

3. More cosy local neighbourhood restaurants in HK. My local place just closed down due to a rent hike. It’s being replaced by a confused French fashion brand who’s have landed in Asia and decided they now want to bake croissants.

Something you’ve seen, heard or read recently that made you pause and think?

My son wanted to see a picture on my camera – he jumped up onto my lap, placed 2 fingers on the centre of the screen and drew them outwards. I bought the camera less than 3 years ago when he was born and it’s not one with a touch screen. When nothing happened he then gently tapped the screen, that failed too so he took the camera from me and turned it 90 degrees. I realised of course he had lived his whole 2.75 years with ‘apple’ and the ability to manipulate with simple physical movements wasn’t amazing or cool. It’s just the world he was born into. He has since begun taking my ipad, selecting youtube and pulling up the saved Thomas and Friends movies.

I think everybody wants to be famous, or the next big thing. I often meet designers who talk more about how they want their design marketed than in crafting the details that will create something lasting. It’s not everyone but what worries me is it’s more prevalent in the younger graduates I meet.