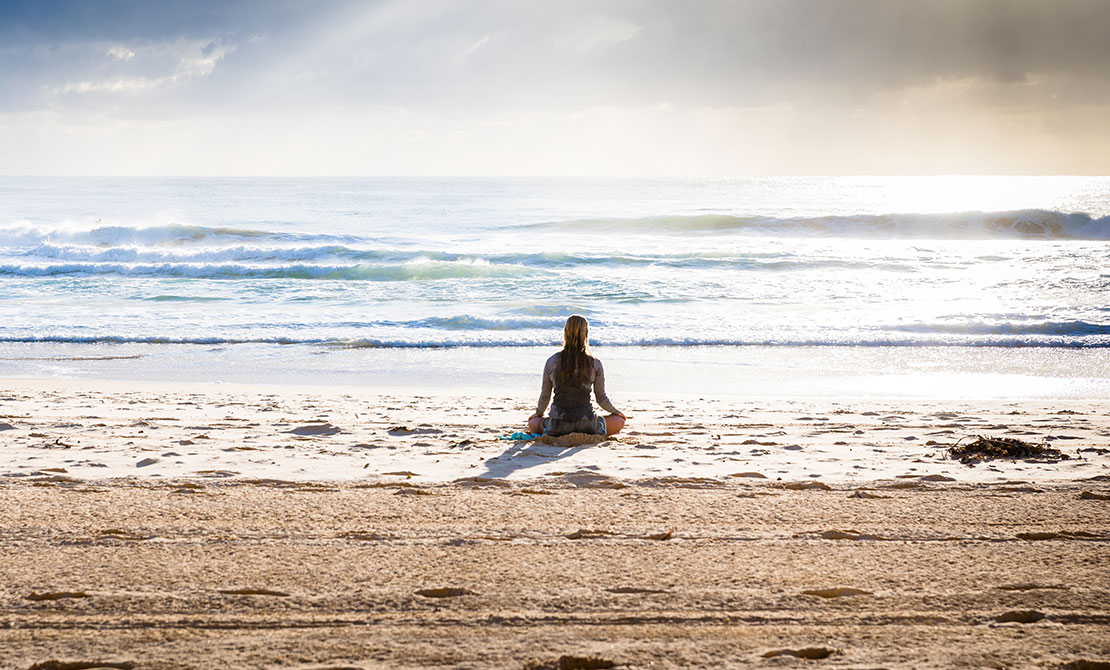 The Pandemic of Poor Communications

A lack of centralized, authoritative information is driving fear instead of action

A month ago, PR Week ran a story on COVID-19 coronavirus that examined the disease’s progress from a communications standpoint. The piece noted that governments and businesses were struggling to give their stakeholders accurate, current information on the spread of the virus – because they lacked a strong, centralized source of information to consult in determining next steps. At the time, I said:

“In the absence of an authoritative source, a void is created, and people fill the void with what they think.”

A month later, what has changed? Unfortunately, when it comes to communicating about the outbreak and what people in the United States might do, very little.

When people hunger for direction, they seek authoritative voices. Right now, writing eyeball-popping headlines and generating viewership seems to be the news media’s focus. Reporters even pressed noted soccer coach Jurgen Klopp for his opinion on how coronavirus would impact championship games. Klopp, with more sense than many, snapped back that his opinion was unimportant – ask a real expert.

As the Wall Street Journal points out, fighting this virus varies from place to place, state to state and, no surprise, country to country. When facing pandemics, Americans have traditionally relied on good, solid public health information from Federal and state governments upon which local authorities can base their response and which the public can use to protect themselves and their families. This time, information is lacking and inconsistent. In Newton, Massachusetts, a school group returning from a trip to Italy is quarantined, and yet, in New York City, a group that visited the same towns in Italy is not. Both municipalities are working from communications that are weeks old and which leave discretion to local authorities and individuals to “self-monitor,” without clear direction.

It turns out that, at least as far as COVID-19 is concerned, communicating about the disease is proving almost as difficult as overcoming its contagion.

In fact, poor communications are clearly making it more difficult to fight the disease. Public-education campaigns have been critical to fighting pandemics and scourges like polio ever since public health authorities began their work in the 20th Century. Communicating is key to the success or failure of public health efforts around infectious diseases – and our inability, so far, to do it well with COVID-19 is as dangerous as the virus itself.

When authorities fail to communicate facts and “what you can do” next steps, people fill the void with what they (and others) think – not what they know. When those people are the heads of businesses or local public officials, messages about the disease are not just mixed – they’re completely jumbled and often in conflict.

Not even the news media are immune to the effects of poor disease communication. The competition among news sources to be “your address for updates” is fierce – and in some cases, doing a disservice to public information.

One local New York news broadcast led last week with a frenzied report on panic in the city’s stores as customers made runs on hand sanitizer, protective masks, canned goods and bottled water. Buried several stories later was the information that people actually needed: a balanced report with the head of infectious diseases at a city hospital explaining that viewers shouldn’t panic, should take basic precautions and that COVID-19 would impact most people less than a mild case of flu. At one point, a New York Times headline grabbed readers with the information that coronavirus’s death rate hovered at around 3.4 percent. Buried in the body copy were the reassuring facts: “…this figure does not include mild cases that do not require medical attention and is skewed by Wuhan, where death rate is higher than elsewhere in China. It is also quite possible that there are many undetected cases that would push the mortality rate lower.” The headline was updated that same day to reflect balance.

What can we as communications professionals do to make the situation better?

1. In successful issues management, it’s vital to start with “what we know”. Here, it’s hard. We don’t know everything. Some facts change daily. Public health experts learn more every hour. But, it is more vital than ever that we in the US and worldwide get a handle on communicating clearly what we know and what we don’t. Those of us communicating on this issue, even peripherally, need to base our language on facts from authoritative public officials dealing with the disease.

2. Separate fact from opinion. As communicators, we must always recognize that self-appointed experts may not have the clinical expertise or insight to comment authoritatively. We must then clearly offer their comments as opinion to ensure that reporters – hungry for a new angle on this attention-getting subject – are able to recognize speculation from fact.

3. Build authoritative voice. While epidemiologists, virologists, infectious disease experts and others plumb the data for insights, no leader has stepped forward and secured the public’s ear, eye and heart on this issue. For that reason, those tasked with communicating – whether to the public or to their companies and communities – should look to these sources of reliable information to build an authoritative voice:

Are we facing a World-War-Z-zombie-apocalypse situation? Most likely, no. But, we are anxious and uncertain, vacillating between bravado and self-imposed isolation. Now is the perfect time for us to support – and rely on – our public-health leaders and infrastructure and use common sense when communicating. We live under a partially unknown threat, and our access to constant information – pushed via phone alerts and constant social and traditional media updates – transforms what we hear into what we fear. Perhaps, when considering how we communicate, we can heed the words of one of our greatest communicators, who steered the world forward during a period of much greater uncertainty that included a depression and looming world war – the 32nd US President Franklin D. Roosevelt, when he said:

“We have nothing to fear but fear itself.” 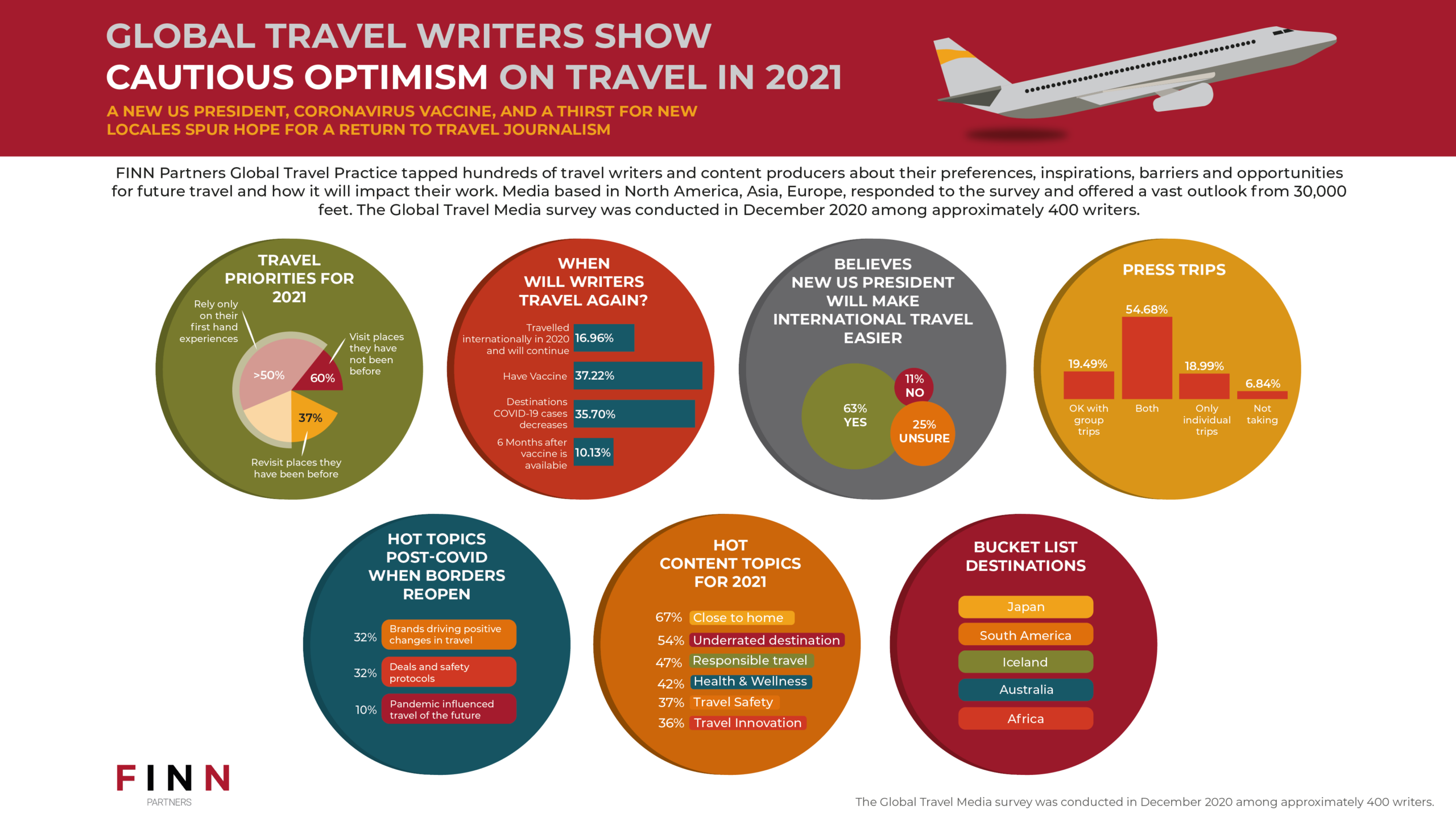 15 January 2021
A New U.S. President, Coronavirus Vaccine, and a Thirst for New Locales Spur Hope for a Return to .... 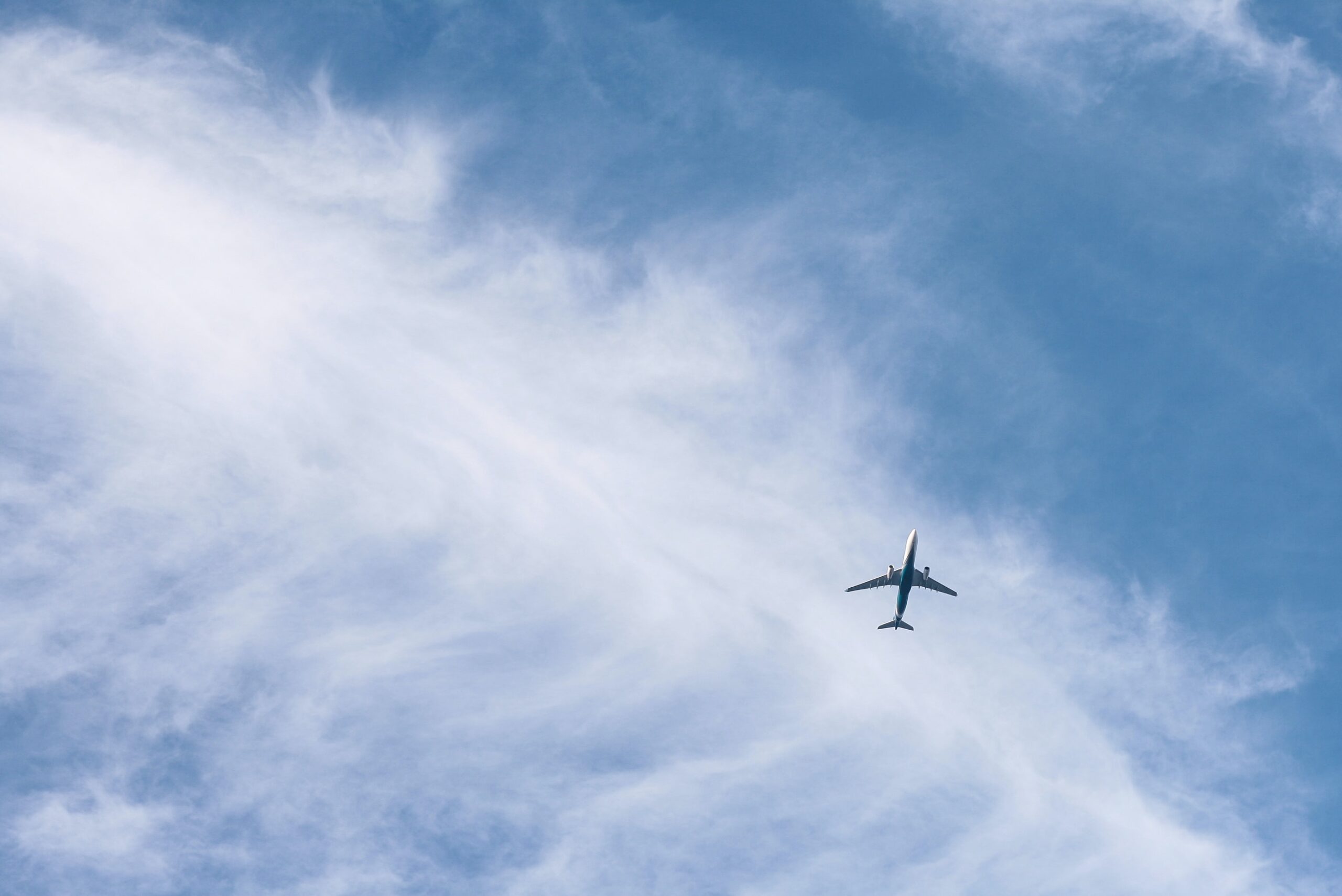