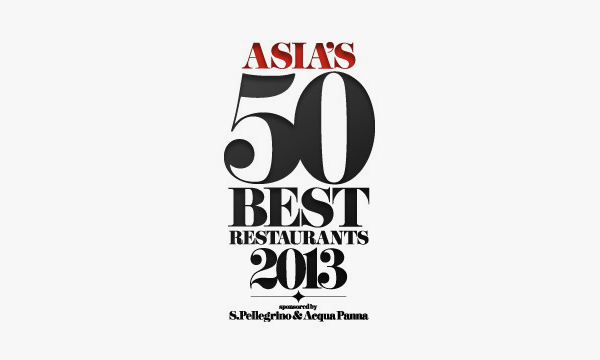 On Monday, 25 February, the world will learn who nabbed top honours in one of the world’s most prestigious competitions. No, we’re not referring to the Oscars (though in case you’re wondering, our money’s on Lincoln to scoop the pool!). While Hollywood’s elite are enjoying their annual back-slapping ceremony, closer to home local foodies will be waiting to see who made the inaugural list of ‘Asia’s 50 Best Restaurants’.

An offshoot of Restaurant magazine’s influential ‘S Pellegrino World’s 50 Best Restaurants List’, this Asia-centric edition was long overdue. Since the list’s 2002 launch, it’s been criticized for giving scant attention to Asian restaurants and favouring European cuisines. In the 2011 ‘World’s 50 Best’ list, for example, only three Asian restaurants made the grade. A year later, the number doubled and six were included. While an improvement, Asian restaurants remained woefully underrepresented.

‘Asia’s 50 Best Restaurants’ helps redress the imbalance, finally acknowledging Asia’s diverse food cultures and talents. We’re curious to see if the list will include little-known gems, those hole-in-the-wall noodle shops or hawker stalls selling local dishes that rival the offerings of most five-star restaurants. Can we expect a few obscure surprises? According to the website, a restaurant is eligible for consideration if it’s been open for at least 18 months. This lack of entry restrictions and anything-goes criteria suggests the field is wide open. So will this list unearth a number of culinary treasures?

Sadly, this scenario is unlikely. Quoting from the website, the voting panel comprises “food critics, chefs, restaurateurs, and highly regarded ‘foodies’ each of whom has seven votes.” In other words, judging is done by the usual gaggle of entitled expats and self-described epicurean experts who fawn over celebrity chefs, are more impressed with interiors than culinary inspirations, and who blindly follow food trends. We hope that’s not the case.

At the very least, the list will turn the spotlight on the region’s creative chefs while raising the profile of dining establishments that deliver authentic culinary excellence. Of course, the list will attract controversy and spark debate—but that’s part of the fun. It’s not meant to be a decisive or definitive, but it’s still a nod to Asia’s vibrant restaurant scene.

So while the rest of the world will be watching the Oscars to see who scores the gold, we’ll be either savouring the sweet victories or eating humble pie when the names of ‘Asia’s 50 Best Restaurants’ are announced this Monday.

Who do you want to see on the list? Who are the strong contenders? Once the list is announced, who got snubbed? Give us some food for thought by spicing up the discussion and dishing your thoughts.