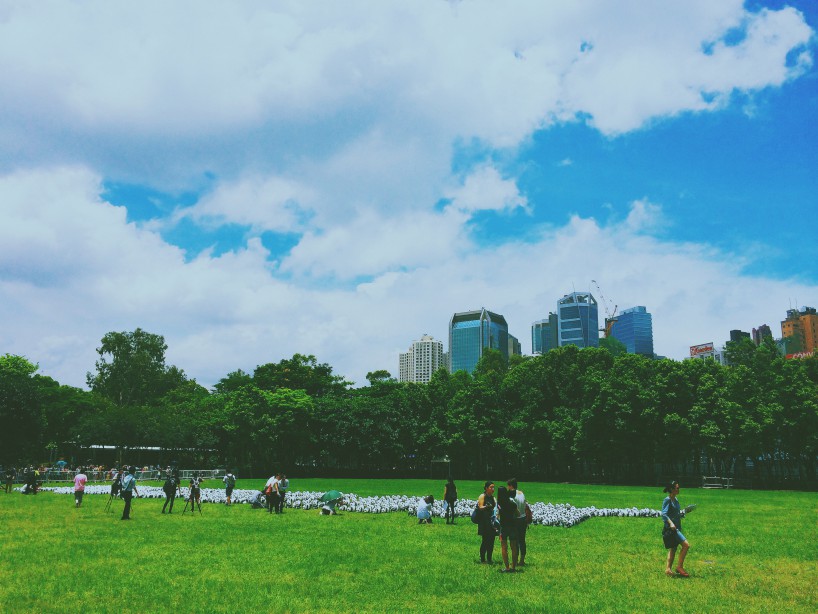 Since CatchOn’s office is close to Victoria Park, we’re fortunate enough overlook this leafy oasis every day. Today, however, our patch of green has been flooded with a sea of black and white. Unless you’ve been hiding under a rock the last few weeks (and with this heat, who can blame you?), you’d know that Hong Kong has been overrun by 1,600 pandas. The creation of French sculptor Paulo Grangeon, the travelling exhibition is a fundraising project by WWF.

Touring Hong Kong landmarks, the camera-friendly critters will take up residence at the former Police Married Quarters (PMQ) in Central from June 25-July 17.

Impactful and inventive, this PR campaign has caused panda-monium in Hong Kong. Its success can be attributed to a few factors:

2. Cuteness with a conscience: The number 1,600 signifies how many pandas are left in the wild. Having this represented visually not only raises awareness, but also highlights the need for action.

3. Generation Text: Since Hong Kongers have always had a soft spot for cute icons, these paper mache pandas are poised for social media stardom. Snap-happy Smartphone users are uploading hundreds of images of the pandas to facebook and Instagram, turning these endangered creatures into overnight celebrities.

“I don’t want to make this event only about taking photos,” Grangeon told a reporter from South China Morning Post. “I hope 10 per cent think [about conservation], and 5 per cent become new [WWF] members.”

From our vantage point overlooking Victoria Park, these pandas have definitely made an impact on our city.