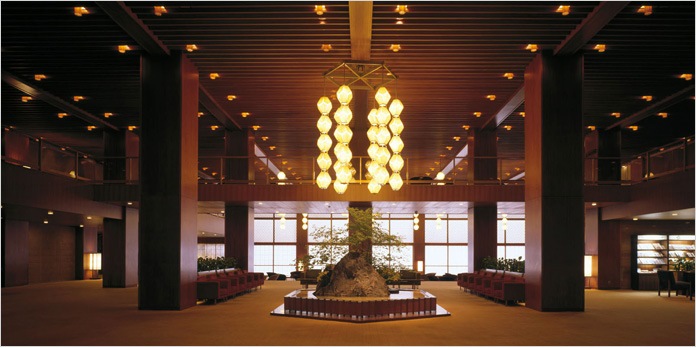 Design of the Times

Today the much-loved Hotel Okura in Tokyo will close for major renovations, despite a campaign from the architecture and design community to ‘save’ it.  A landmark since it opened in 1962, it’s been an icon of Japanese modern design and a landmark of immense historical and cultural value.

Although the son of the original architect (Yoshiro Taniguchi) is spearheading the project, naysayers fear the result will be a hack job rather than a graceful facelift.

Such is the conundrum of ‘classic’ hotels today. The appeal is in the heritage, but with the march of time, technology and changing tastes, when does ‘timeless design’ tip over into being dated and tired?

Two hotels come to mind that got it right.

When the iconic Mandarin Oriental Hong Kong went under the knife in 2005, the “reveal” made a lot of noise in its subtlety. The changes in the public areas were barely perceptible, ensuring that features that were fond trademarks of the hotel were still recognisable. The lobby’s glossy black marble was replaced with slightly more striated black marble. The carved panels depicting Chinese folk scenes in high relief remained and so did the grand chandeliers. The overall transformation was more a tasteful evolution than a revolution.

The rooms were expanded and fitted with the latest technology and a more refreshed palette. An amazing state-of-the-art spa was added and its suite of stunning F & B outlets which have long been mini-landmarks in their own right, also got a facelift. The entire renovation was so tastefully done it had both the old and new guards swooning.

One hotel that went the opposite direction is Le Meurice Hotel Paris. Its 2007 revamp thumbed its nose at decorum and propriety of classic hotels and fabulously got away with it. By tapping Philippe Starck, whose irreverence and zaniness reminds us of one of the hotel’s illustrious guests, artist Salvador Dali, the renovation provided a visual narrative arc that linked past to present.  (Starck is, arguably, our modern-day Dali).

Starck used the building’s classic bones, dating back to the 18th century, as a counterpoint for his trademark surreal art installations and tongue-in-cheek touches. In a few genius strokes, he took away the stuffiness associated with a “Hotel of Kings and Queens,” perfectly blending classic and modern references in a way that feels both timeless and relevant.

When the Okura re-opens in 2019, we’re hoping that the geometric leaf pattern latticework, modernist chairs and the hanging stylish “cut gem” pendant lamps find their way into the spanking new glass towers that will replace the building.