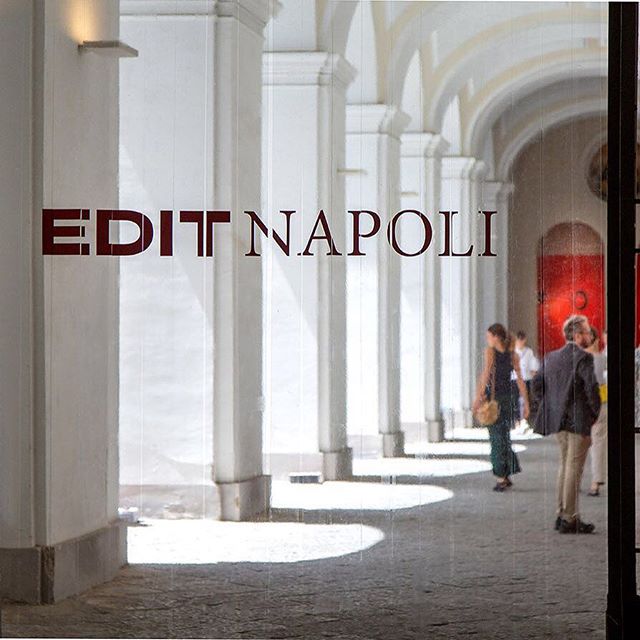 We’ve long been bullish about Naples. We included it on our travel hot list several years ago. As a jump-off point to the swankier enclaves of Amalfi coast and Capri, folks don’t really linger long enough to discover and appreciate the city’s covert charms and proclivity for grand gestures. On the surface, it has the air of a grand lady who’s seen better times. But serve her a few drinks, and her secrets spill out.

And, boy, did it this month when Edit Napoli staged its inaugural show inside a 13th-century San Domenico Maggiore complex in the historical heart of Naples.

Curated by Domitilla Dardi, design curator of MAXXI museum, and gallerist Emilia Petruccelli the pair chose Naples because they regard it as the “cultural capital of the Mediterranean”. Factoring in city’s respected artisan traditions, the show drew over 60 independent designers, small-scale manufacturers and craftspeople. The fair also showcased well-known names, established producers and collaborations between manufacturers and designers.

Its mission is to promote “designer-makers” who bypass industry norms by striking an independent path from design to distribution. This sets Edit Napoli apart from other hyper-commercialized fairs (ahem, our friends to the north) that leave little room for emerging designers and small-scale makers to stand out.

Another exciting feature of the fair is its residency program. Building up to its opening, three designers participated in a program aimed at creating an exchange between the heritage of Southern Italy with contemporary designers. New York City-based ceramic artist, Reinaldo Sanguino, spent a month in Minori working with local artisans. While the artisans learned his style and techniques, Sanguino branched out to make unique pieces and create his first collection of objects. Lebanese designer Khaled El Mays worked with leather and metal artisans and Fabarhama collaborated with a local silk factory.

Ladies Room Collective’s collaboration with local design firm Spazio Materiae delved into the rich history of Neapolitan mythology for the exhibition’s inspiration. A small collection of kinetic sculptures, made with local materials like porous volcanic rock and green-hued copper, were a standout.

“In Naples, you have to go beyond the surface, behind the walls to find a secret garden or ceramic sculptures,” Dardi said. “What you can find in EDIT is a new way of taking your time to understand your vision and a real human connection—and Naples is perfect place for this.”